At Golf Guru it’s our belief that you can share the same mental skills as the golfers who are winning out on the world’s top tours - we show you how! In this week’s Winning Thoughts we’re looking at Justin Thomas’ gritty victory at the PGA Championship, and suggesting audio sessions in the Golf Guru app that’ll help you improve your mental game, so you can think more like JT.

After his win, JT was asked how he’d managed to come from 7 shots back to clinch the PGA Championship at Southern Hills.

It’s telling that JT’s answer focused solely on his strong mental game. It was this that enabled him to hang around on Sunday, crawling his way into a playoff after the golfers in front of him, who were all trying to win their first major, made mistakes and fell back down the leaderboard.

Let’s dive into the core aspects of JT’s mental game.

Southern Hills was playing really tough. Many of the best golfers in the world struggled, got frustrated in the early rounds, and shot themselves out of the tournament. A run of bogeys, maybe a double or two – we all know what that’s like. In golf, whenever adversity strikes, it’s so easy to think ‘that’s my round over’, and let the bad holes affect you, emotionally and physically.

For JT, this was especially true after a third round 74 that left him 7 shots back. He believed he’d blown the tournament, but thanks to some ‘tough love’ from his caddie, Jim ‘Bones’ Mackay, JT flipped his perspective. A weight was lifted and he left the golf course that night ‘in a great state of mind’. Undoubtedly this helped him to rest, stay focused, and head into Sunday’s final round with a positive mindset.

Even in the final round, JT struggled early on and worried that his chances of winning the tournament were over. Yet he remained patient, taking one shot at a time, a mindset that helped him to make a few birdies coming in, post a number, and find himself in a playoff.

Interestingly, Scottie Scheffler also mentioned patience a great deal after his 2022 Masters win. In the Golf Guru app search for 'Trust & Patience', you’ll find a 12 minute driving range session that teaches you about patience as you hit balls.

This is a phrase we’ve heard JT use a few times. Maybe you’re a golfer who tends to obsess over your technique, to try and perfect your swing on the range, but then you struggle on the golf course. You forget that golf is a game of A to B. It doesn’t matter how you get the ball where you need to, you don’t need to have perfect technique.

JT highlighted this perfectly when he hit a stone cold shank on the 6th hole of his final round, he didn’t freak out and start worrying about his swing. It goes to show that even major champions can mess up their technique in an extreme way.

That leads nicely onto Will Zalatoris, JT’s opponent in the playoff. Zalatoris gets a lot of attention for his putting stroke. Honestly, it’s hard to imagine how someone can perform to such a high level with a stroke that erratic… but the stats don’t lie, he’s a decent putter! Yes, he’s known as an incredible ball striker, but you also have to putt great to be such a top player and to keep contending in majors, like he has.

Zalatoris is a perfect example of how you do not need a perfect putting stroke to hole short putts. He moves the blade all over the place, but accepts that, and gets his ball in the hole anyway. This is testament to his mental strength.

What can you take away from this? That your putting stroke is more than good enough, however it looks or feels. You obviously possess the physical ability to hole short putts inside 5ft, you’ve holed plenty of them in your time, right? Putting well is more about a confident, positive mindset and so much less about your technique, despite what you might see on YouTube or read about on social media.

In the app, search for our ‘Make More Putts’ session, which teaches you the ‘TBA’ technique – a short, easy to remember mental process that gets you feeling confident and locked in over every putt.

One Shot At A Time

This is a bit of a golfing cliché, especially amongst Tour Pro’s, but that’s because it works!

JT was able to ‘close off’ and leave shots behind at the PGA by handing his club back to his caddie, rather than dwell on or over analyse them. Whether they were good or bad shots, he could accept them, and move on – mentally and physically, ensuring he had a clear and calm mind for his next shot.

You likely don’t have a caddie, but you can learn a great way to adopt the same process by listening to our ‘One Shot At A Time’ session, designed for you to listen to as you drive to the golf course. You can apply the method straight away in your next round of golf, helping you to stay present, accept every shot and swing, however it felt or whatever the outcome was, and in doing so - stay out of your own way!

In the app, search for our ‘One Shot At A Time’ audio session in the Golf Guru app.

We hope you enjoy all this week’s suggested audio sessions, helping you to think and develop a mental game as strong as Justin Thomas'. Thanks for checking out this week’s Winning Thoughts, see you next time! 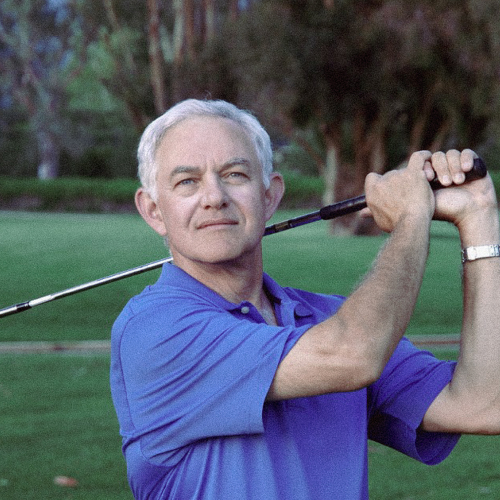 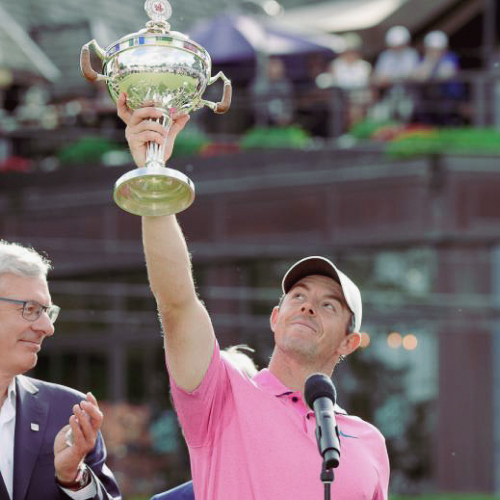 Rory McIlroy in full flow is addictive to watch. What are the secrets to his mental game?